By contrast, in the region of Western New York where we live, teach, and conduct research, im/migrant Latinx farmworkers are focused on state-level policy change. They are demanding access to driver’s licenses—with good reason. Leaders of Alianza Agrícola
(Agricultural Alliance), a grassroots im/migrant farmworker-led organization that is campaigning for the cause, remind us that the recent family separations at United States-Mexico ports of entry and the “zero tolerance” policy that precipitated them are, appallingly, not novel. For years, undocumented parents have faced the double whammy nightmare of detention and deportation, which rips them away from their children indefinitely. For many people, the precipitating event that leads to detention and the deportation pipeline is an interaction with local law enforcement where they are asked for and cannot produce a driver’s license or photo identification. One long-time dairy farmworker and leader in Alianza Agrícola recently published an op-ed (Cardona
2018) telling the story of how this happened to him. 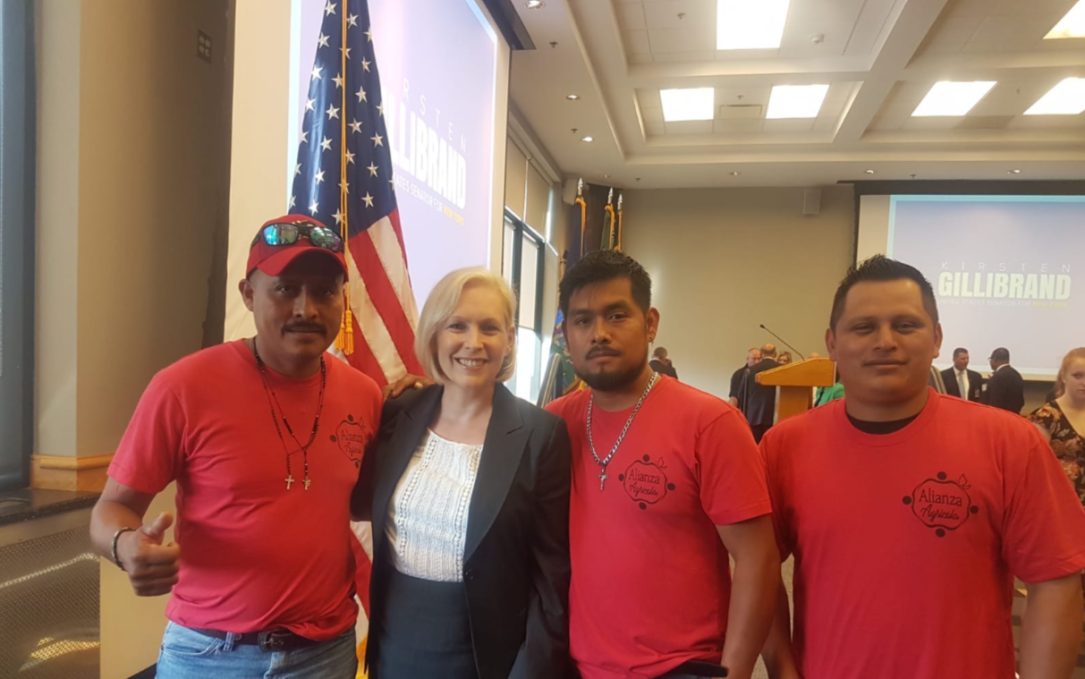 Immigrant and labor advocates in Western and Central New York have documented multiple instances of sheriff deputies and police officers contacting Border Patrol during traffic stops (Clapp 2017) and other interactions with the public. We were witnesses to one such case ourselves (Medeiros, Guzmán, and Fox 2017). This kind of cooperation, referred to as polimigra in Spanish, has been prohibited de jure for state law enforcement in New York (Office of the Governor 2017) but continues to be practiced de facto by individual officers as well as by county and municipal law enforcement agencies that are not bound by state executive orders (Mahoney 2017). Widespread awareness about polimigra contributes to justified fear and dehumanizing isolation for undocumented farmworkers and their families. With access to a New York State
driver’s license, undocumented people would be able to drive legally and verify their identity when necessary. This could meaningfully reduce the risk of entanglement with immigration authorities that is currently associated with driving and with contact with local branches of law enforcement.

Continue reading in the January issue of Practicing Anthropology!

View all posts by practicinganthropologyblog